Creative Director Lyall Hakaraia formed part of the research team who travelled to Cuba for this project. Here he speaks about a piece of wearable art he made as a response.

What was the inspiration behind this piece of work?

Our aim was to make a piece of art together with an artist from the LGBTQI community whom we had met whilst in Cuba. I believe that the making of art with people from different cultures and societies is an important tool to bring understanding and trust.

The reason that I chose to make the art in the form of a ‘monster’ is that they are, together with totems and fetish figures, images that occur all around the world. As universal images they have cultural currency that can easily be translated and understood by everyone, regardless of ethnic, economic or religious divides. These figures also traditionally play key roles in communicating ideas of trust, faith and cultural continuity, which can be empowering imagery for marginalised communities.

What is the significance of the materials used and the form in which they are used?

I used plastic as it is a modern, democratic material that can be found anywhere in the world. I choose to use plastic rubbish bags as they are a domestic staple, accessible in terms of price and availability, and they also come in a variety of colours and textures. It means too that those who participate in the making of the piece can easily replicate or experiment with their own versions of the figures very cheaply.

Why choose the Malecón (Havana’s iconic seawall) as a place to make and document the work?

My muse and performer for the piece was a young, gay artist, and it seemed only right that the place that we made and documented the work was a well-known rallying point for the LGBTQI community in Havana. 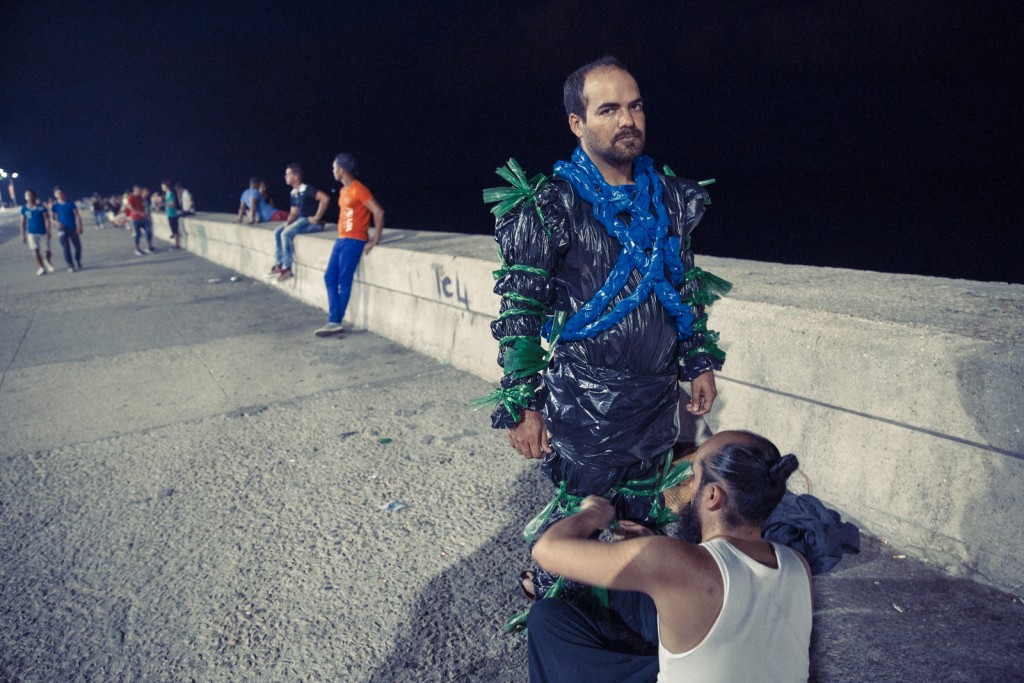 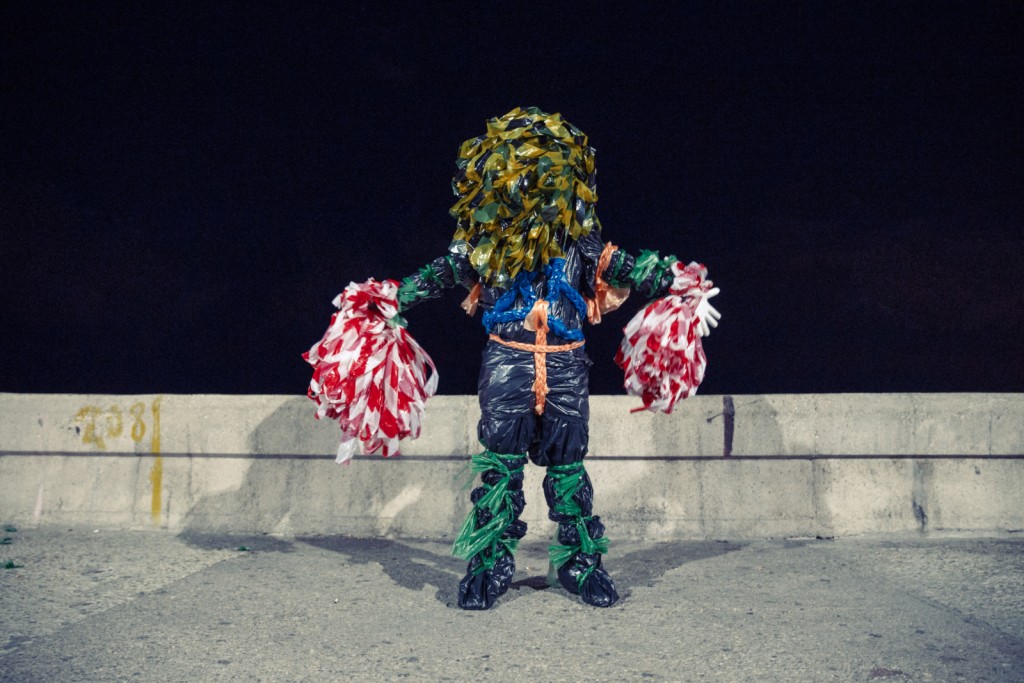 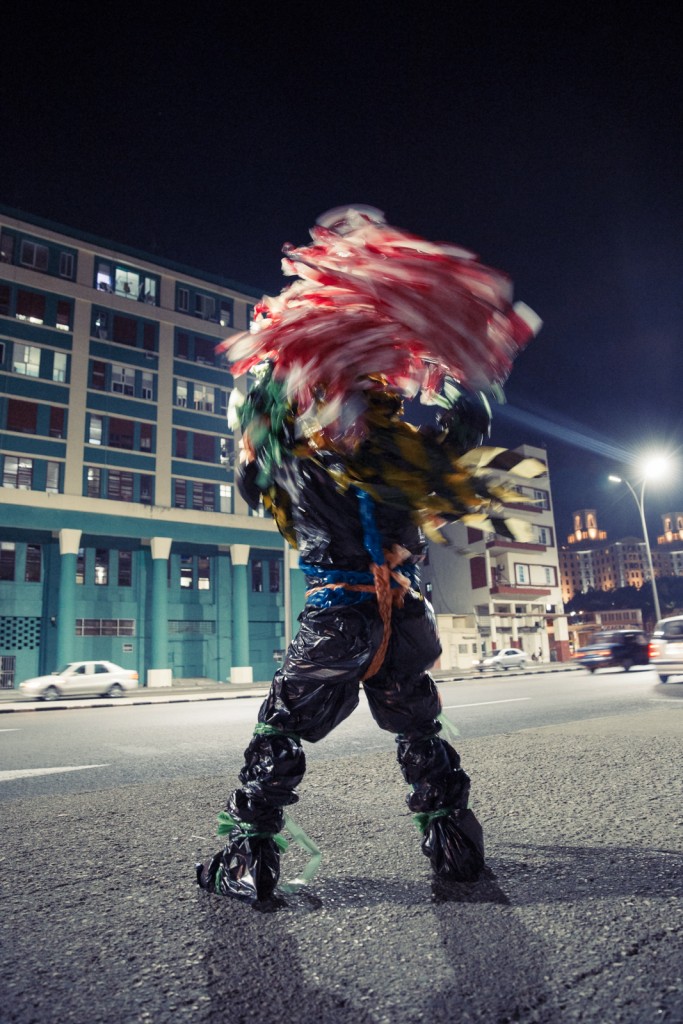 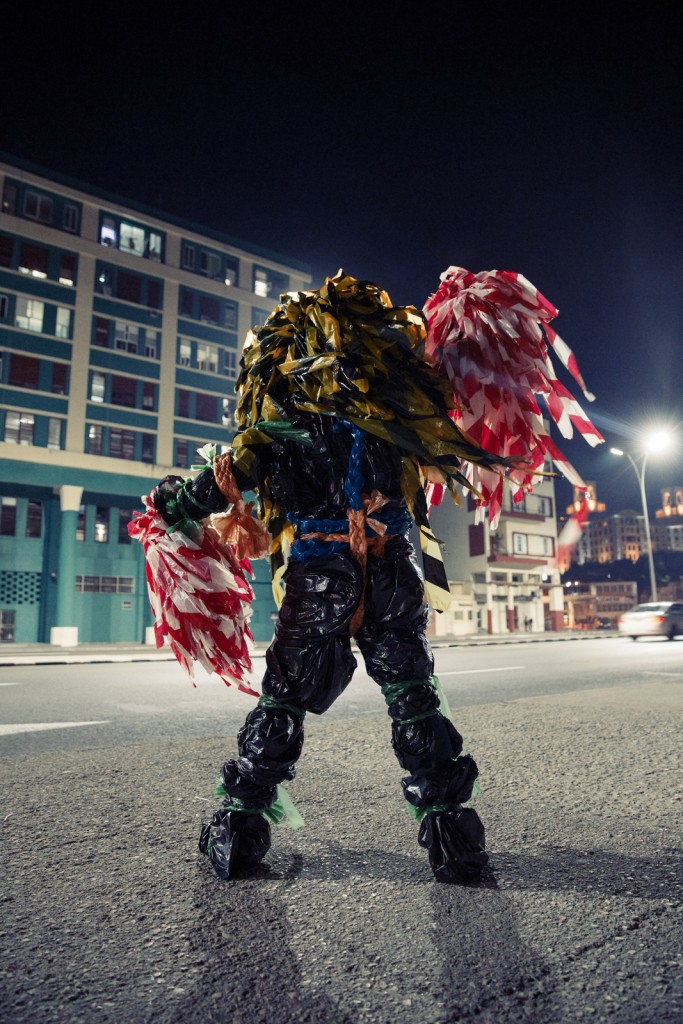 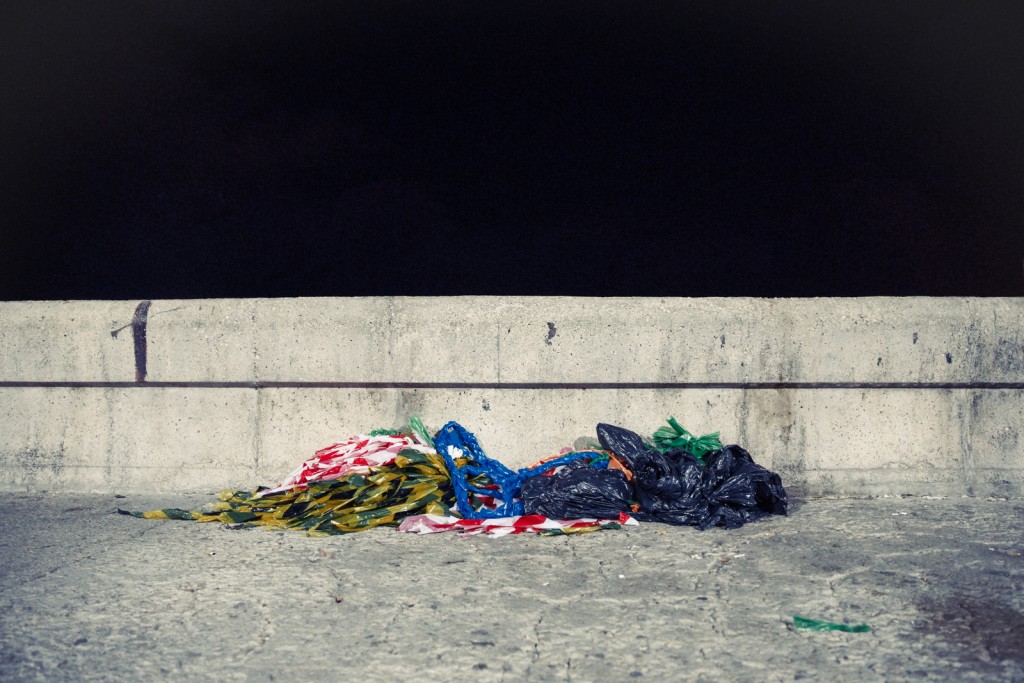