The challenges of assimilation and invisibility in Japan are starkly illustrated by the recent history of the Ainu community. Indigenous to the northern islands of Hokkaido, for centuries they maintained a lifestyle of hunting, fishing and foraging until the wholesale occupation of their land.  Unfamiliar diseases, a coercive colonial administration and an influx of Japanese settlers from the mainland proved devastating to the Ainu and their way of life. In the ensuing years, along with the dispossession of their land, the Japanese government imposed a raft of measures including a prohibition on the use of Ainu languages, compulsory education in Japanese and an end to their traditional livelihoods. Amazingly, the 1899 Hokkaido Former Natives Protection Act, a paternalistic piece of legislation that encouraged their assimilation into Japanese society by promoting farming and the establishment of schools, remained in place for almost 100 years.

Ainu man and woman outside in ceremonial attire for the Marimo festival in Shiroai, Hokkaido, Japan. October 8, 1961, Archival photo.

The Ainu Association of Hokkaido was founded in 1946, in the aftermath of World War Two, with the aim of reversing this long process of assimilation. Initially the organization focused on domestic advocacy, pressuring the Japanese government for recognition of their community, but with little or no response. Indeed, until 1991 the government did not even recognize Ainu as an ethnic minority, let alone an indigenous people with specific rights and territorial claims.

Yupo Abe, deputy head of the organization, has spent decades researching and campaigning for Ainu rights. During this time he has seen the government’s position slowly shift – from refusing even to acknowledge Ainu as a distinct community to apparent recognition of their indigenous status. He credits the decision to take their struggle beyond Japan as a decisive moment in the evolution of the Ainu movement. Besides bringing much needed visibility to an issue that few within Japan were willing to confront, the engagement with other indigenous peoples and representatives provided the Ainu representatives with a deeper awareness of their own situation.

There was little understanding, Abe says, of the concept of indigeneity in Japan, even among Ainu themselves, and the discussions with other indigenous peoples’ organizations which had been mobilizing for decades to demand recognition of their rights were revelatory for him and other activists. This dialogue helped resensitize them to their own identity as an indigenous people and the realization that their rights had been systematically violated. From the early 1980s, in the absence of government engagement with international mechanisms, the Ainu Association began to engage various UN platforms directly. Abe describes how this process culminated in their participation in the UN Working Group on Indigenous Peoples in 1987 and their subsequent submission to the Japanese government, around the time of the 1989 Indigenous and Tribal Peoples Convention, of the International Labour Organization’s questionnaire for states on their indigenous populations. When, as might have been predicted, they received no response, they filled out the answers themselves. The Ainu Association subsequently sent delegates and in 1992 the then President of the Association delivered an address at the UN. 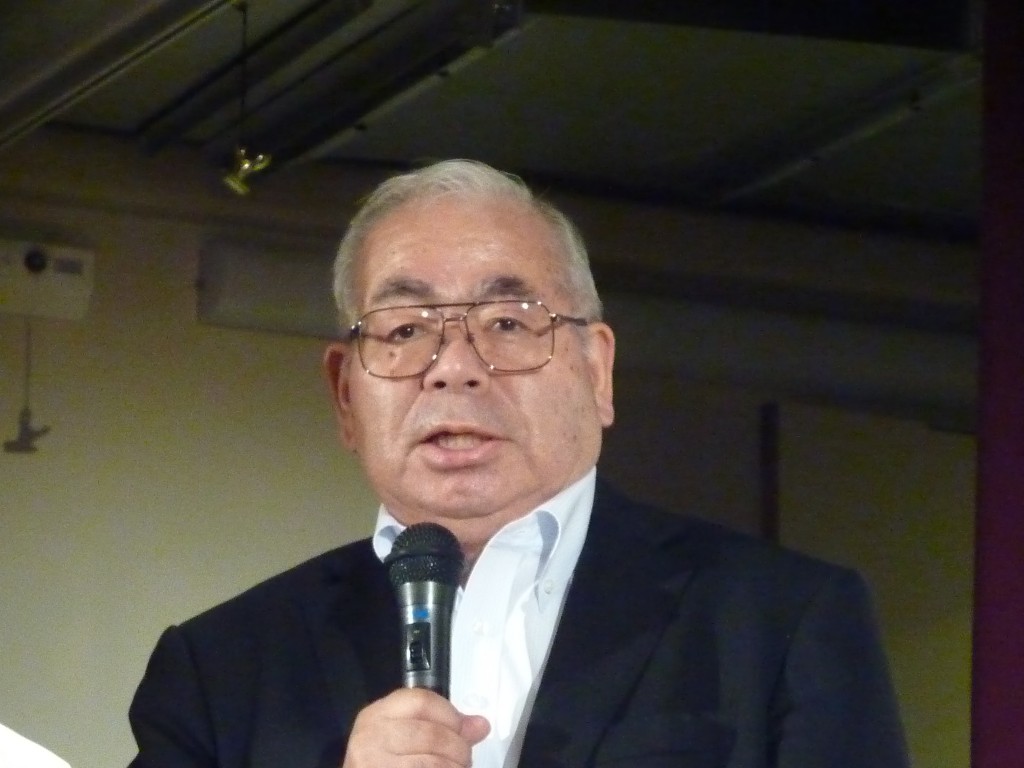 Yupo Abe delivering a presentation to the IMADR General Assembly.

By the late 1990s, attitudes in Japan had begun to change. In 1997, the government finally replaced the antiquated 1899 law with the Ainu Cultural Promotion Act – a step forward that nevertheless left much to be desired, particularly in its lack of any mention of rights to land, resources or political representation. So, while the local government in Hokkaido began to roll out targeted initiatives to address poverty and exclusion in Ainu communities, the focus was on levelling social disadvantage, not respecting human rights or ending discrimination. In 2008, another milestone was reached with the passing of a parliamentary resolution affirming Ainu as an indigenous people of Japan. However, while delivering an important victory, this declaration still stopped short of legal recognition and was seen by some community members as largely symbolic.

The passage in 2019 of a bill finally grating legal recognition to the Ainu as an indigenous people, with provisions to promote their inclusion and support their traditional culture, was heralded as a major breakthrough for the community in much of the media coverage at the time. Yet as Abe makes clear, the reality is more complex and the bill has proved divisive within the community. Many members point to the notable gaps in the bill – in particular, the absence of concrete commitments to return land, resources or political control to the Ainu.

As Abe freely admits, these criticisms are valid: the lack of clear guarantees of restitution in the text mean that for now it amounts to recognition in name only, and falls far short of the terms stipulated by international law. And while Hokkaido makes up just over a fifth of the total area of Japan’s territory, around half is state-owned and includes large swathes of undeveloped natural resources such as coasts, rivers and mountains. If Japan was serious about offering adequate compensation to the Ainu, in line with the recommendations made by UN bodies as such as the Committee on the Elimination of Racial Discrimination, it could deliver a great deal more than is currently offered in the bill.

Despite these reservations, Abe is still hopeful the bill could bring further change. In addition to the establishment of a ministerial council and provisions on non-discrimination – even if the latter lack actual sanctions – the bill includes a five-year review that will provide the opportunity to revise it further in line with international standards. He cites the example of Taiwan, where legislation on indigenous rights has been able to evolve as societal understanding of these issues has steadily improved. Consequently, he welcomes the law as a valuable step in the right direction, but will continue to advocate for further reforms in the years to come.

In the meantime, Ainu activists are focusing on the revival of their identity with cultural initiatives, community education and schools offering lessons in the now critically endangered Ainu language. These activities have as important a role to play as legal reform after many decades of state-sponsored assimilation. At the same time, given that Ainu are largely absent from the history books, there is an urgent need to educate other Japanese on their country’s indigenous heritage. Today, even among academics, many are unaware or unwilling to acknowledge that their past and present extend beyond the nationalist narratives of a single, monolithic Japan. Until this story changes, the Ainu struggle for recognition will continue.