Japanese society is at a crossroads. With a population that is not only ageing but also in decline – some estimates suggest it could reduce as much as 30 per cent over the next 50 years – there is an urgent need to attract migrant workers into the country. Nevertheless, the launch of a new policy to allow entry to hundreds of thousands of foreign workers to fill the current labour gap has proved divisive.

The heated debate around immigration and its impact on national identity reflect a deeper unease about diversity in general – a situation that is tied inextricably to Japan’s recent past. This includes, among other human rights abuses, the repression and assimilation of indigenous peoples such as Ainu and Ryukyuans, as well as the emergence of minorities such as Koreans and other groups through occupation and labour migration. 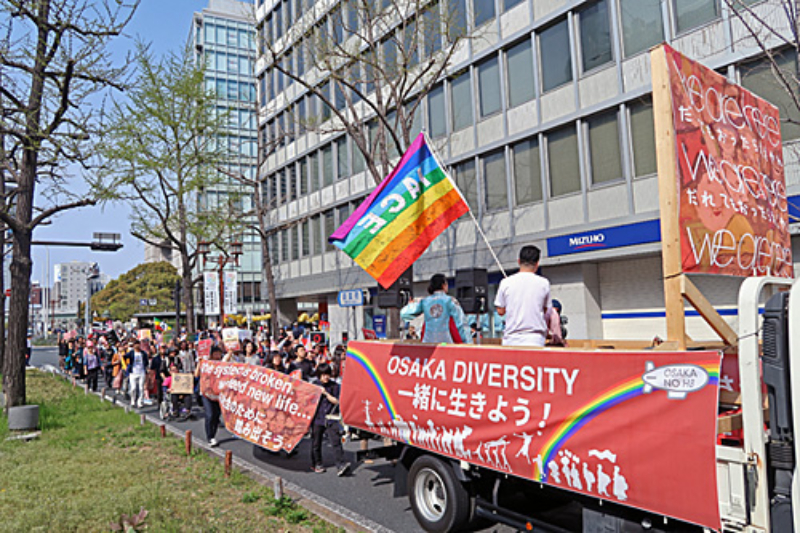 A parade in Osaka in 2018, celebrating diversity and calling for recognition of minorities.

The continued refusal among Japanese nationalists to acknowledge this traumatic history shapes the experiences of these groups to this day. They have all contended, in different forms, with marginalization, exclusion and invisibility: indeed, some are still unrecognized by the Japanese government as distinct communities. From hate speech and stigmatization to official discrimination and dispossession of land, minorities and indigenous peoples in Japan still face many challenges.

This online resource presents an overview of their struggle to secure their place in Japanese society, and the need for a more welcoming and inclusive approach to immigration. With the forthcoming Olympics in Tokyo celebrating ‘Unity in Diversity’, it is time for the country to put these principles in practice – beginning with rights and recognition for its minority, indigenous and immigrant communities.

The author would like to thank all the activists and academics who gave their time to be interviewed for this piece. He is especially grateful to Megumi Komori of the International Movement Against all forms of Discrimination and Racism (IMADR) for all the assistance she generously provided.