This difficult history of Japan’s Buraku population is illustrated by the case of Sumiyoshi, an area of southern Osaka home to a community dating back hundreds of years: there appears to be documentary evidence of Buraku as far back as 1284, when a nobleman refers in a diary entry to a group cleaning Sumiyoshi shrine. This work was one of the main occupations of the community over the years, along with other tasks traditionally reserved for lower castes, such as the disposal of animal carcasses and sandal making. In 1586 the community built their own temple, Shinganji, a graceful structure of dark wood and sloping roofs that still stands today.

In the early twentieth century Sumiyoshi saw some improvements, including the construction of public baths, but continued nevertheless to be characterized by poverty and exclusion.  The rice riots of 1918, triggered by a spike in the cost of this staple, saw 11 residents of Sumiyoshi who participated in the protests falsely arrested as ringleaders. This may be one reason why Sumiyoshi, while continuing to develop various local intitiatives in their community, did not join the National Levellers’ Association when it was formed in 1922. This organization, the first large-scale Buraku rights group in Japan, was disbanded during the Second World War but subsequently reformed and eventually changed its name to the Buraku Liberation League (BLL).

Sumiyoshi managed to escape the Allied bombing that devastated much of Osaka, but the situation of the community in the aftermath of the Second World War remained perilous and many residents were forced to use the black market to survive. Nevertheless, in time a local branch of the BLL was formed and ultimately a new chapter for Sumiyoshi began – one where residents took an increasingly active role in the development of their community. While this approach proved divisive at first, with some fearing that any political activity could alienate the local authorities and cut off whatever benefits Sumiyoshi was receiving through them, the effectiveness of this approach was amply vindicated in the decades that followed. 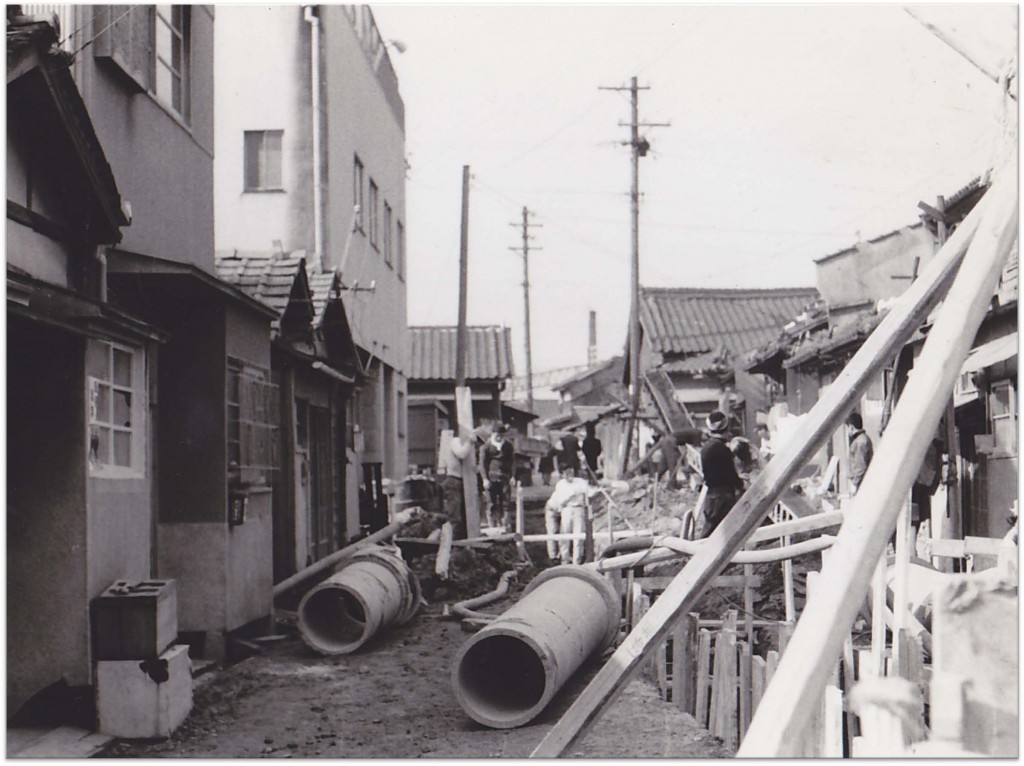 Drainage being installed in Sumiyoshi.

Like many other Buraku neighbourhoods across Japan, Sumiyoshi was one of the beneficiaries of the country’s Dowa programme, beginning in the late 1960s. While housing had previously been comprised of dilapidated wooden shacks with little in the way of infrastructure, the community was steadily transformed through new housing, drainage an other amenities. Nevertheless, the revitalization of Sumiyoshi at this time owed a great deal to the progressive vision of Sumiyoshi’s residents themselves, who among other achievements established in 1973 six principles to guide the development of their community over the next decade. These included ensuring that all residents could remain there permanently and that the neighbourhood’s design reflected everyone’s needs, including children, older residents and persons with disabilities, while prioritizing human relationships and health.

Equally importantly, the plan advocated the importance of supporting not only Sumiyoshi but also other communities nearby – an approach that has helped lower the longstanding barriers separating Buraku residents from their neighbours. This is especially pertinent given its past experience of exclusion from its surrounding areas: for instance, it was not so long ago that a wall stood between Sumiyoshi and the railway that runs next to it to spare other passengers the sight of the community.

Sumiyoshi remains a thriving neighbourhood that still reflects the same values of inclusion and diversity. Even the housing built in recent years is low-rise, rarely exceeding four storeys, to ensure that social ties between community members remain strong. Nevertheless, the community, like other Buraku districts, has had to adapt to change, including the end of the Dowa programme: among other impacts, the neighbourhood’s main community centre was closed in 2010. 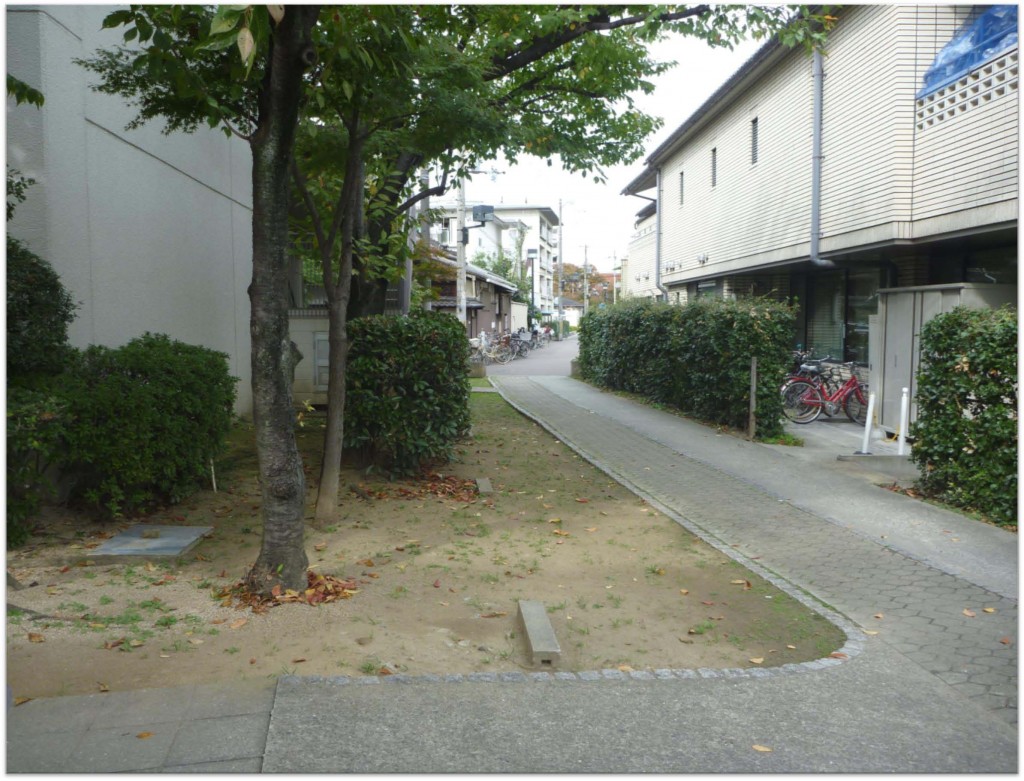 This large building was originally constructed in the 1970s with public funding and used for a range of activities, including sport and recreation for the young. By being open to all, it played a major role in building bridges with other communities. One striking illustration of this was the statement by one nearby resident who, when the centre faced closure, was one of those who petitioned local authorities to keep it open. She described how, before she started attending the centre, she had always harboured prejudices about the Buraku community: her many positive experiences meeting and interacting with residents of Sumiyoshi, however, had helped transform her beliefs.

In the last few years, the community has built a thriving new community centre that continues to provide Sumiyoshi with a valuable social space for all ages. While older residents meet regularly for mah jong and dancing lessons, younger residents attend after-school meetings and enjoy cooked meals every fortnight to ensure good nutrition. While barriers remain, with many younger residents still struggling to access employment and education opportunities, Sumiyoshi nevertheless offers an inspiring example of community-led urban transformation.