Photo story: The settlement on the outskirts of Berehovo 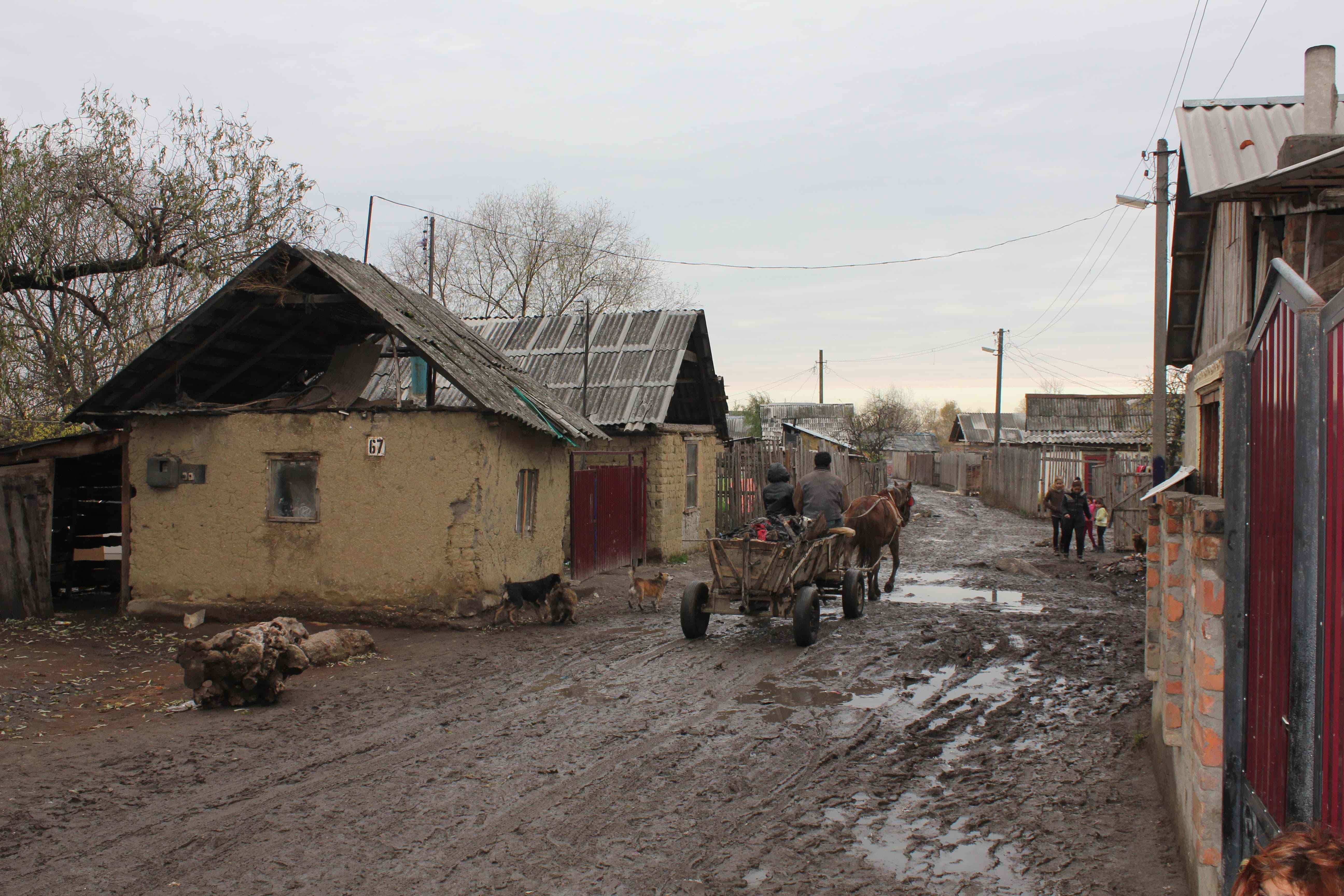 Around 7,000 Roma have been living for some 60 years in a settlement on the outskirts of Berehovo, a town that lies in Ukraine’s Zakarpattia region, just a few kilometres from the edge lands of the EU, where the country abuts the borders of Hungary, Romania and Slovakia.

As I entered the settlement accompanied by Olena, a Roma mediator employed by Chirikli, MRG’s partner in Ukraine, it was hard to shrug off the sensation that I was entering a ghetto. Could it have been the high wall that masks it from the surrounding community, or perhaps the paved road that runs out after just a few metres and gives way to ankle-deep mud?

Unfortunately, I’m told these conditions are typical for many Roma communities throughout Ukraine – segregation, lack of infrastructure, under-development, long-term neglect by the local authorities.

Thank you to the residents of the settlement who allowed me into their homes, gave consent for MRG to publish these photos and allowed us to expose the incredibly tough conditions they face on a daily basis, made all the more stark by their close proximity to the border with Hungary. 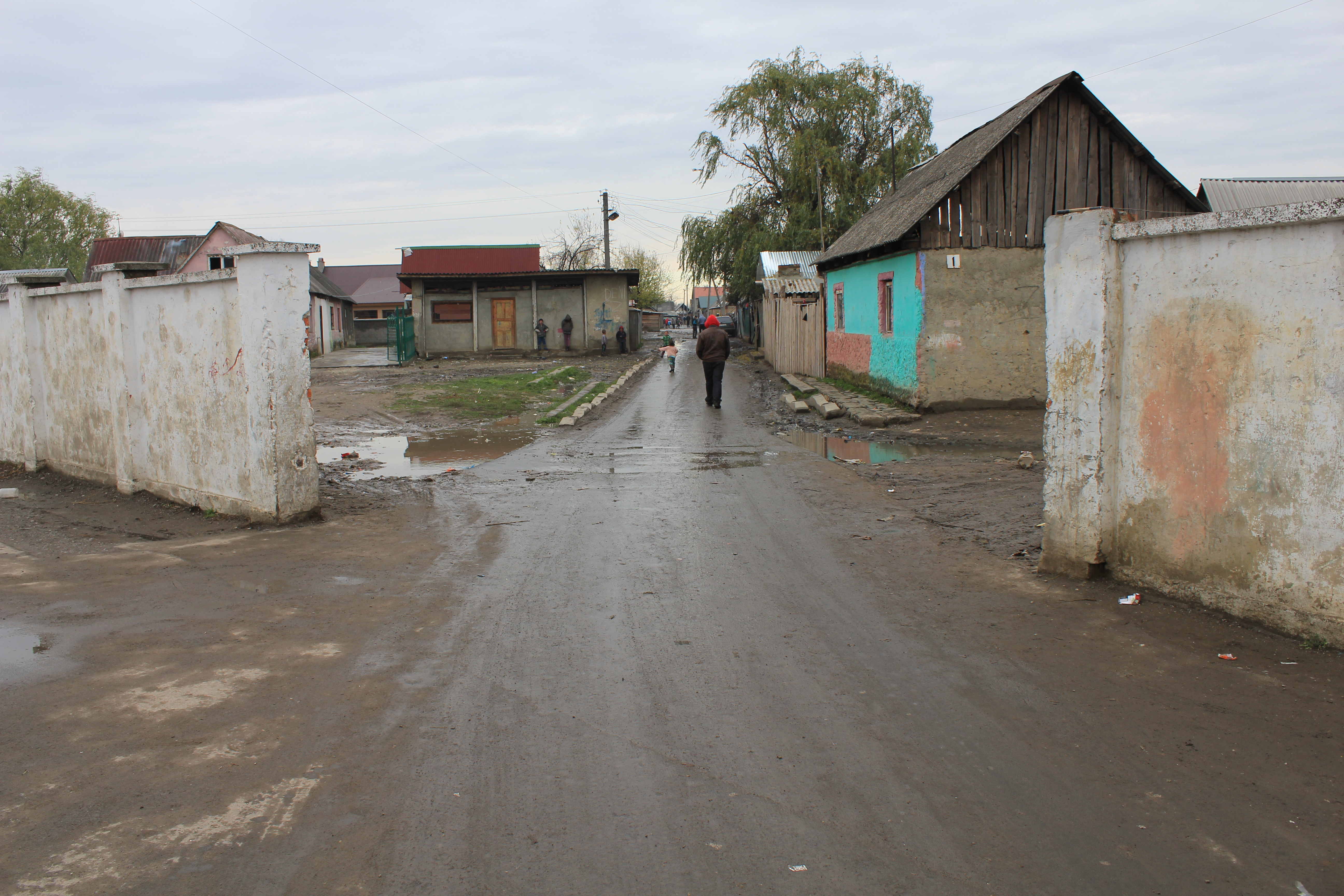 The entrance to the settlement. 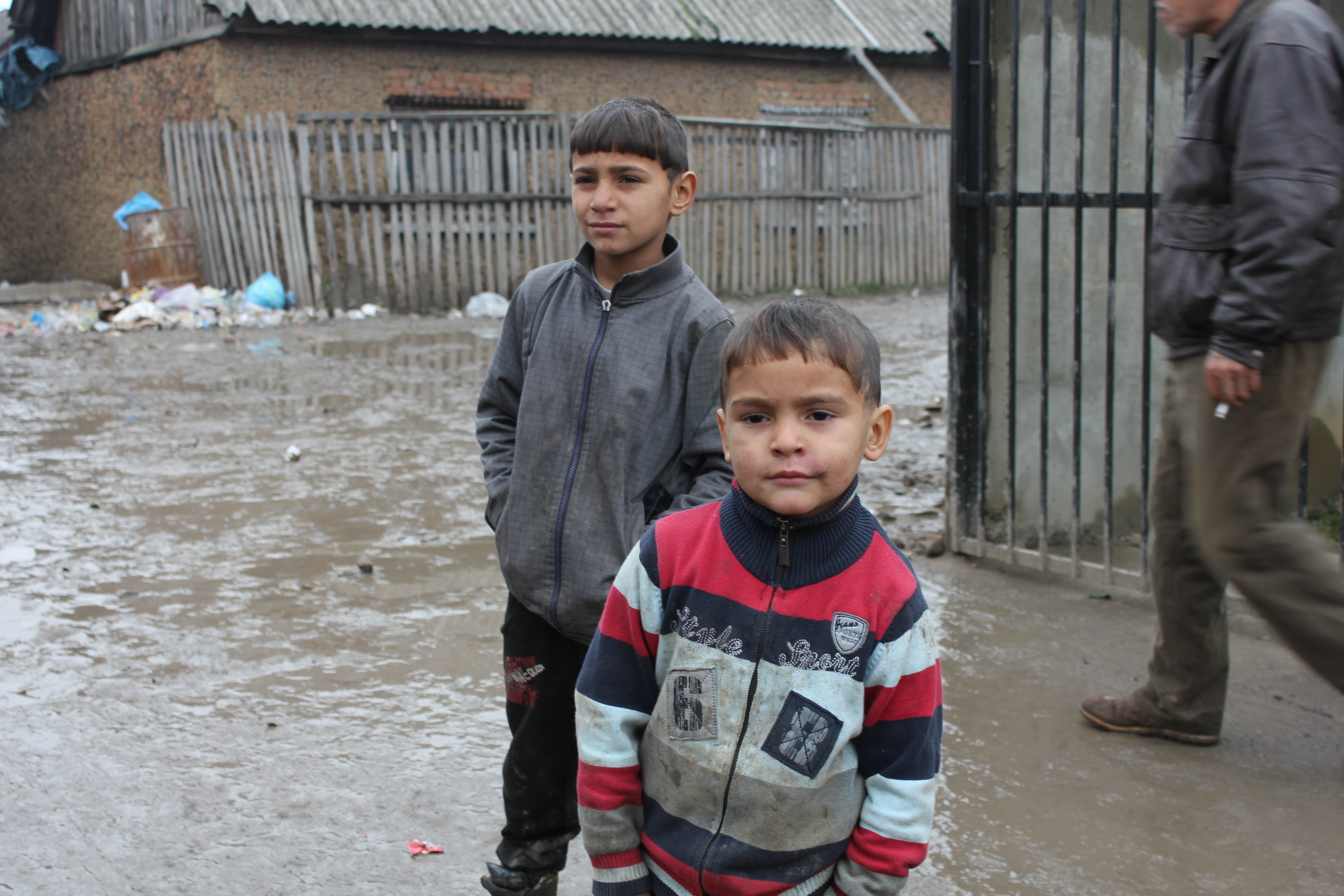 On the day I visited most of the people we encountered on the street were children. 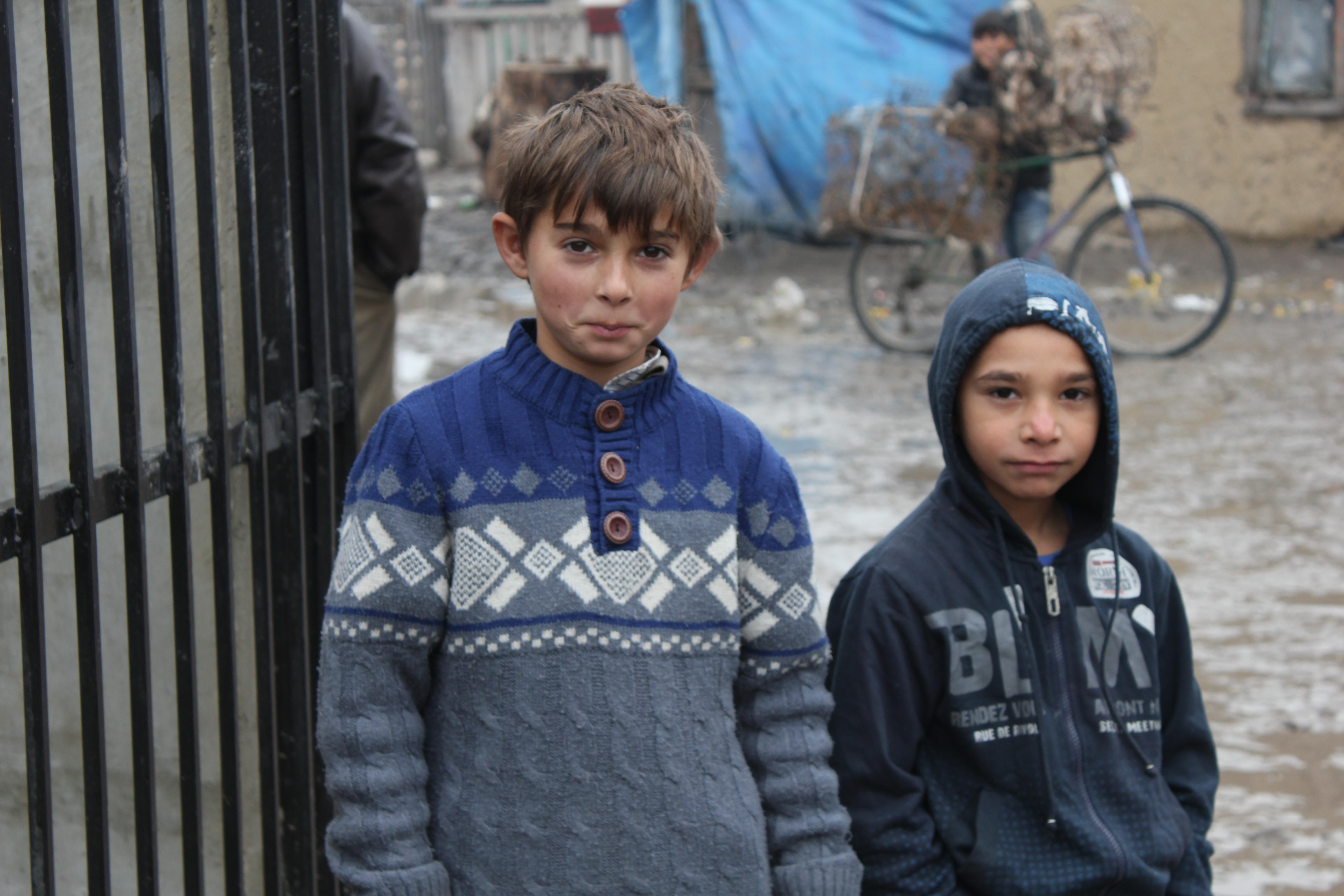 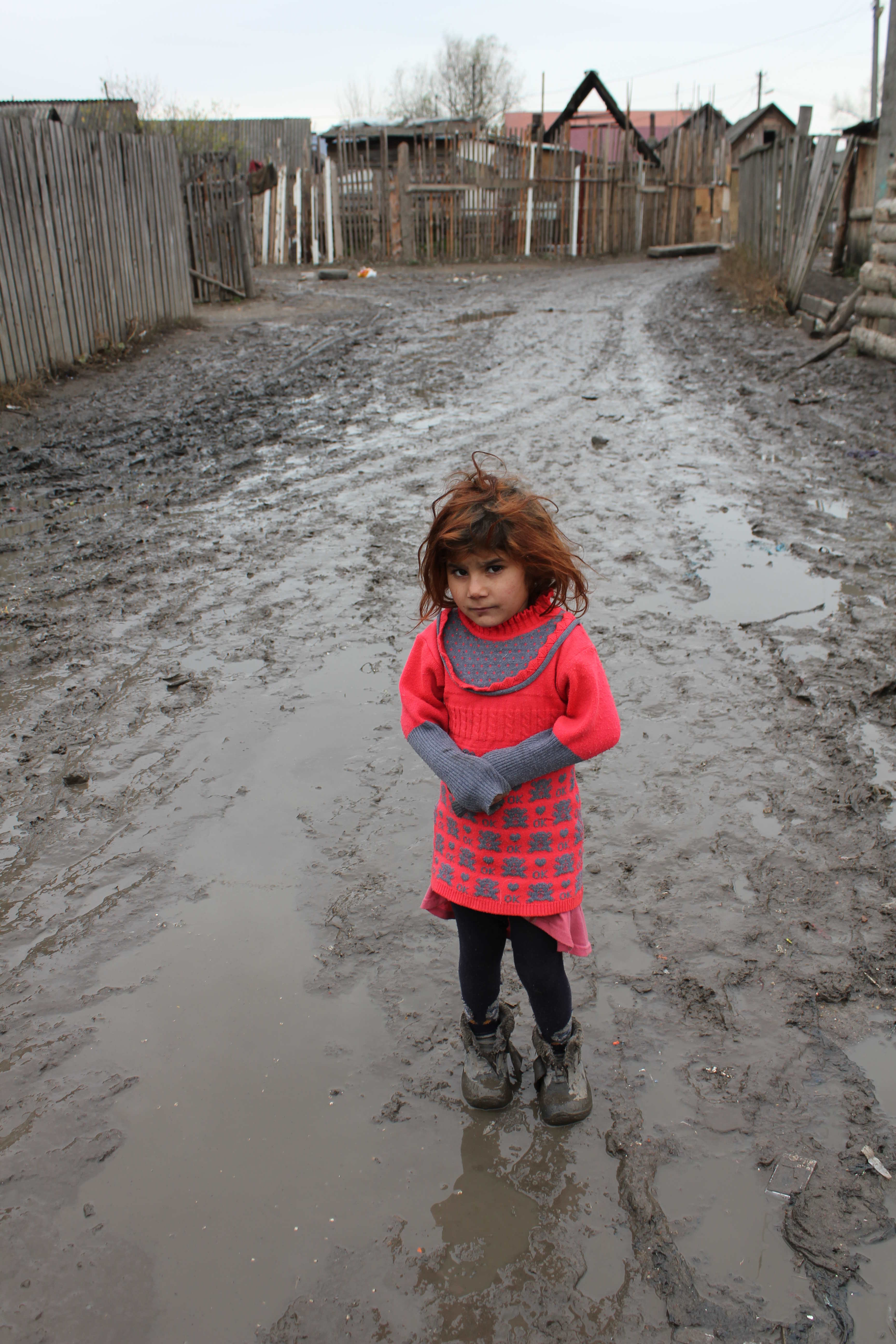 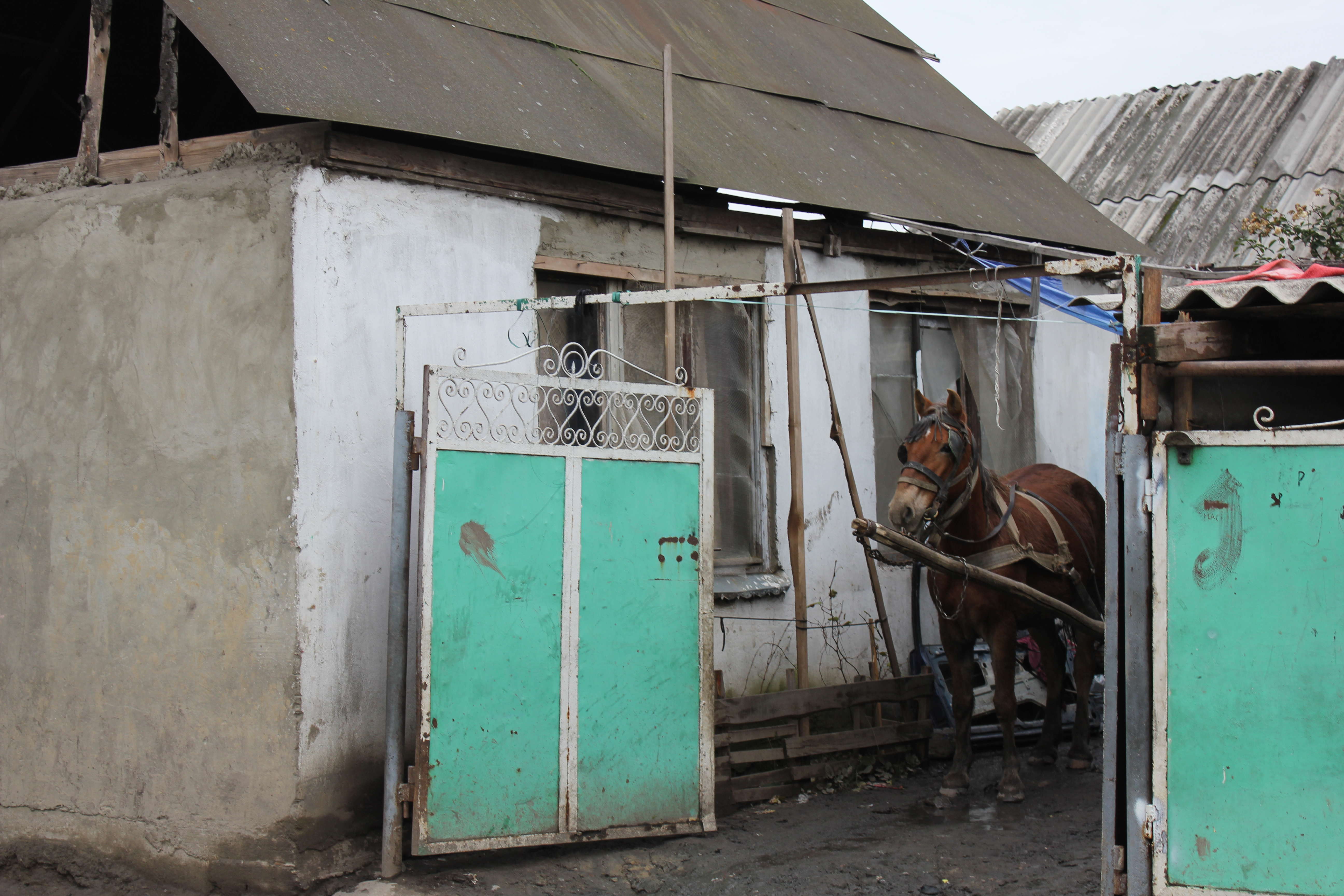 Roma use horses and carts as a means of transporting goods in this region. 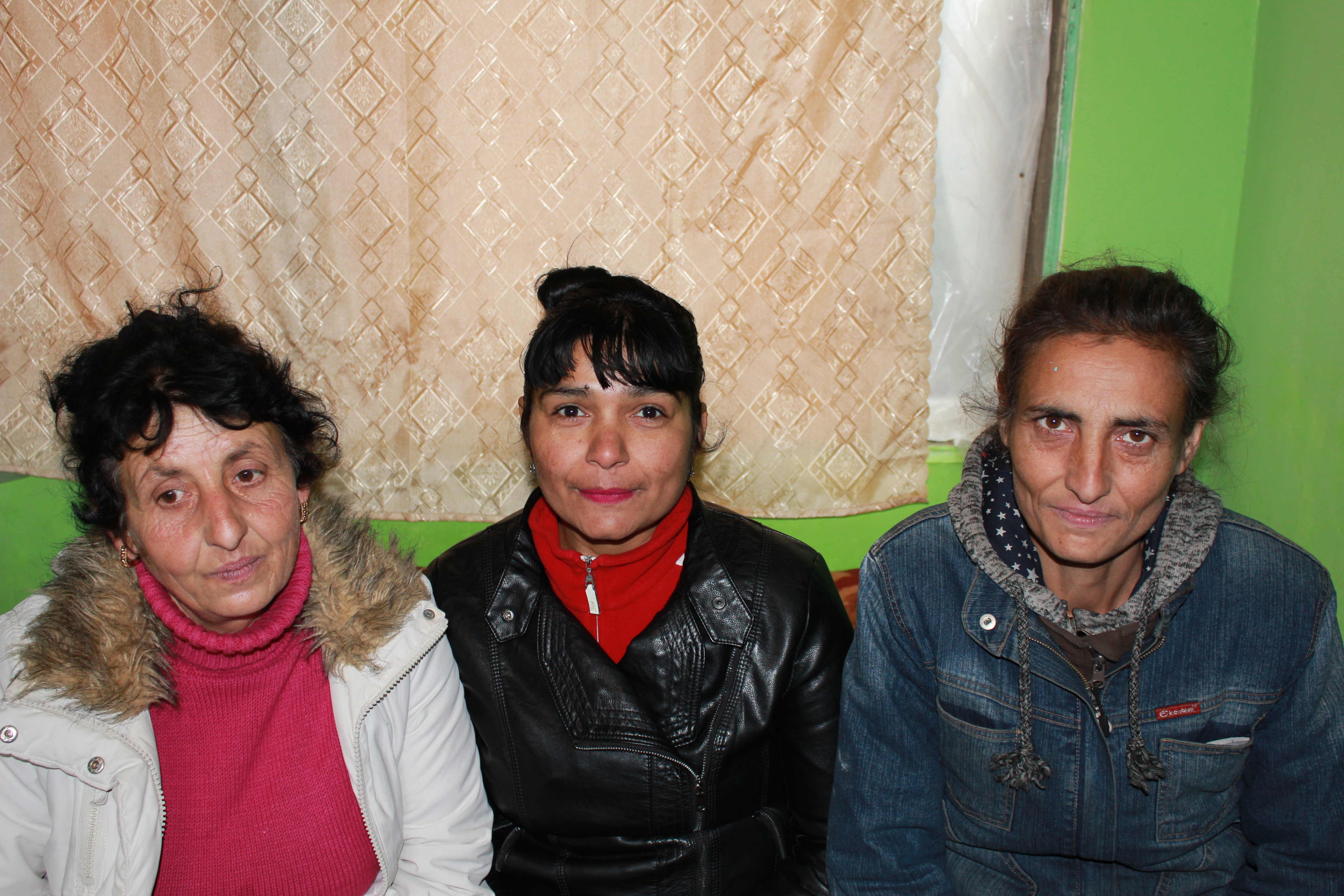 Iboya (L) is a grandmother who supports her extended family by working as a cleaner, both in the local school and in a pharmacy. She has always lived in the settlement but says she would like to move. 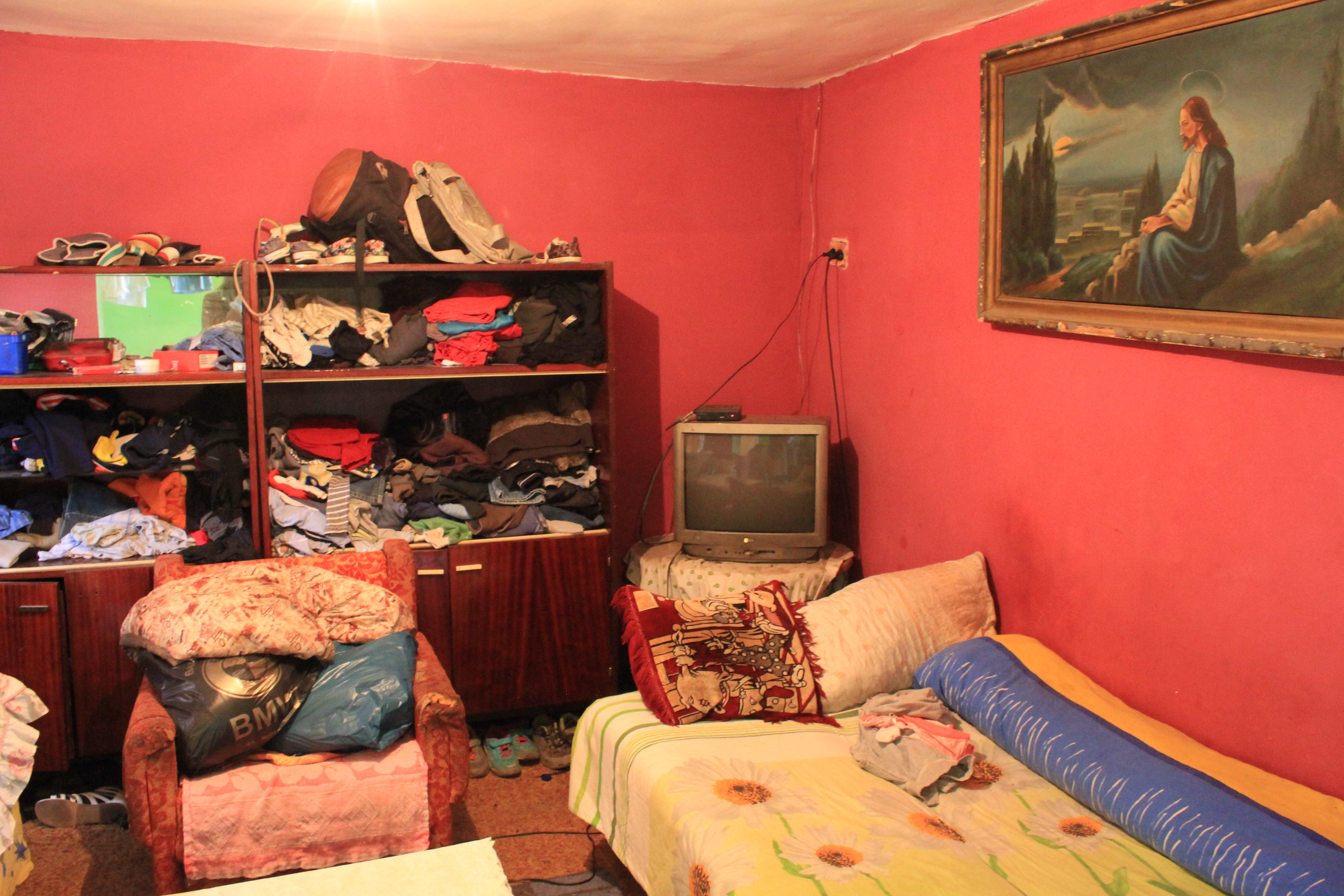 Three generations of her family live in this one room. Like almost everyone in the settlement, they have no running water in the house and have to use a standpipe in the street and a rudimentary latrine dug into the mud just outside the front door. Electricity is intermittent, whilst the only heat comes from a burner that they feed every now and again with sawdust. According to the Constitution of Ukraine, all people have equal rights to access to water and adequate housing. 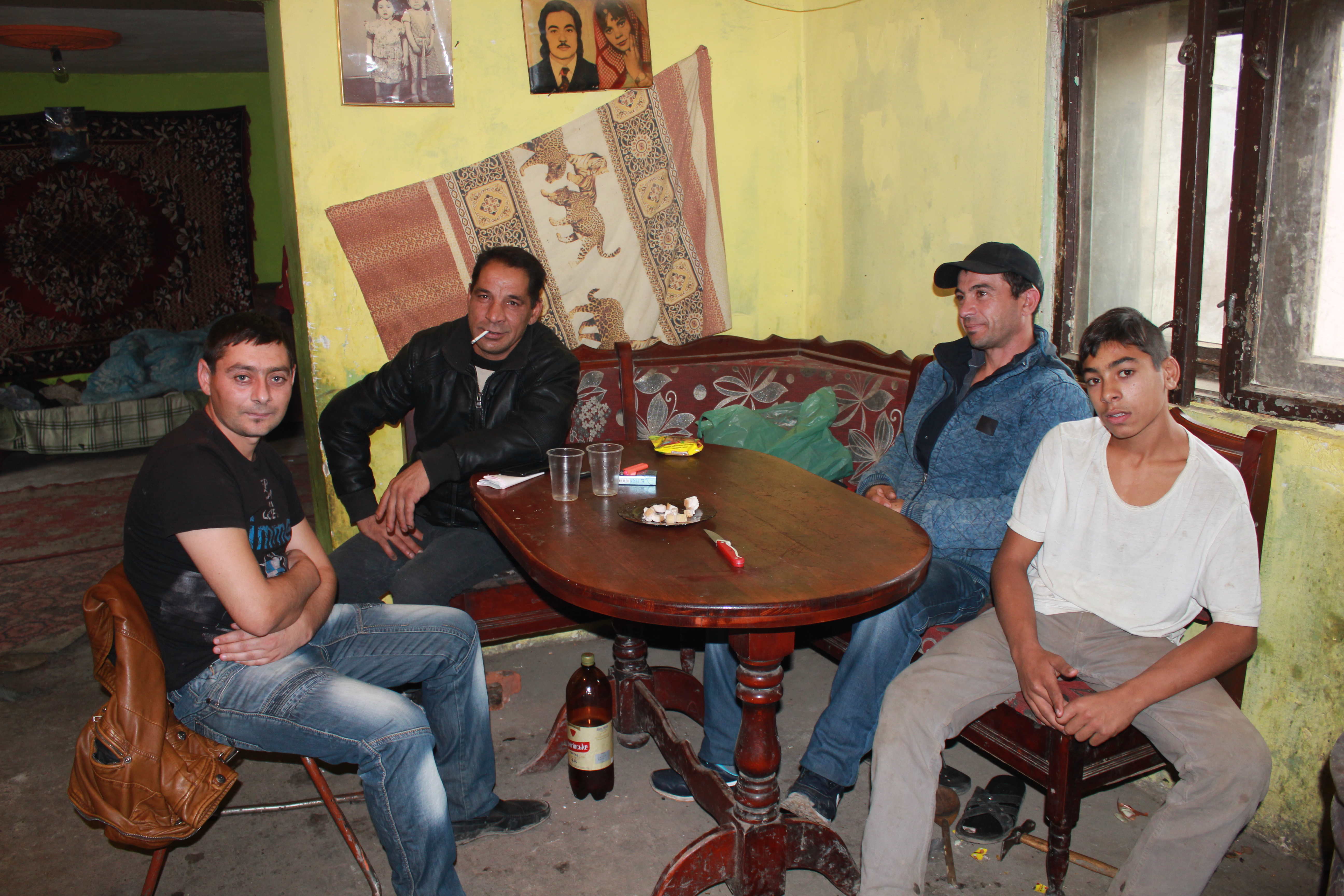 Ludovic (L) looks after his four very young children alone as his wife is in the capital, Kiev. He says he can’t afford to go and see her regularly as he has to concentrate on taking care of his kids and was keen to show us that his children were happy and healthy. 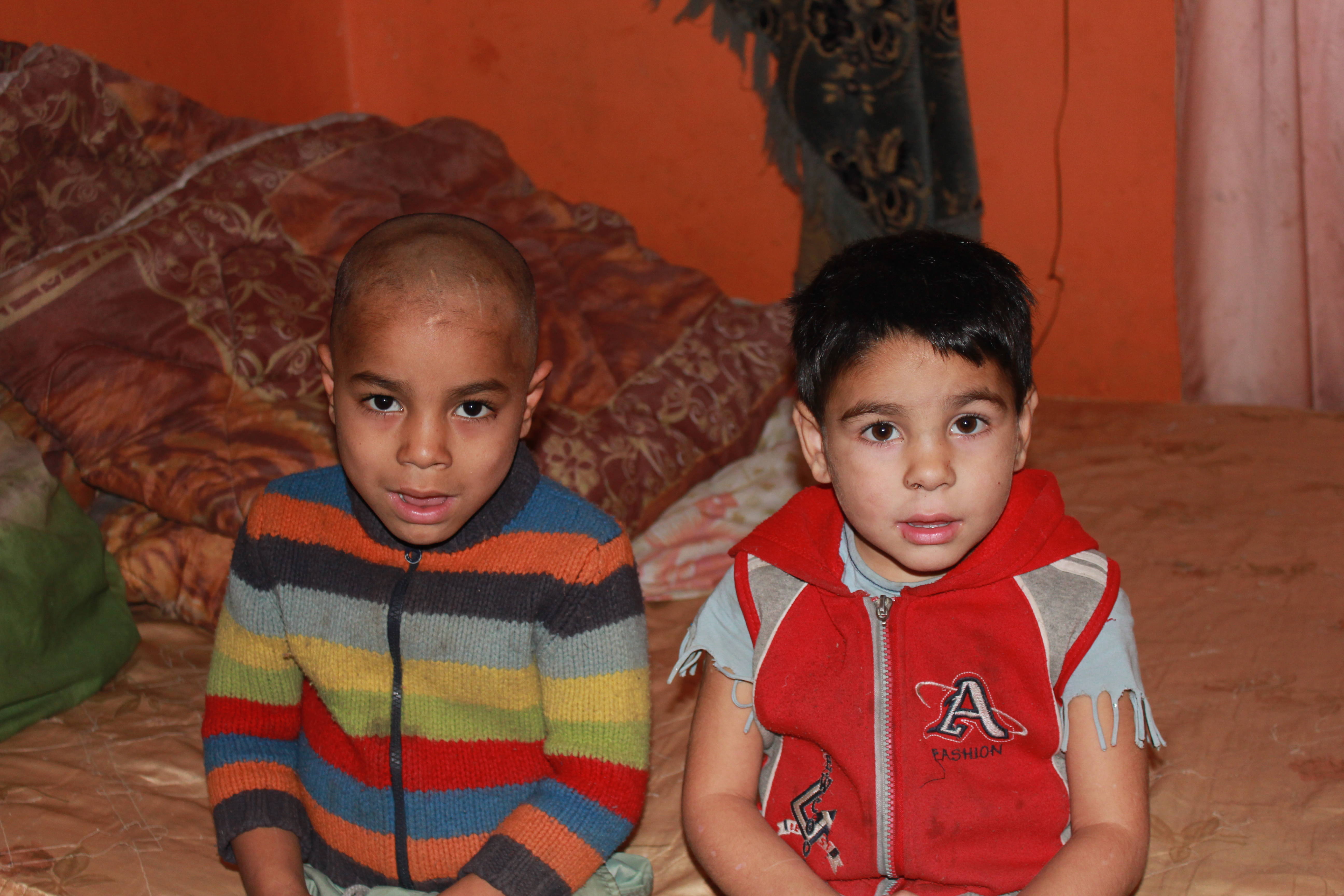 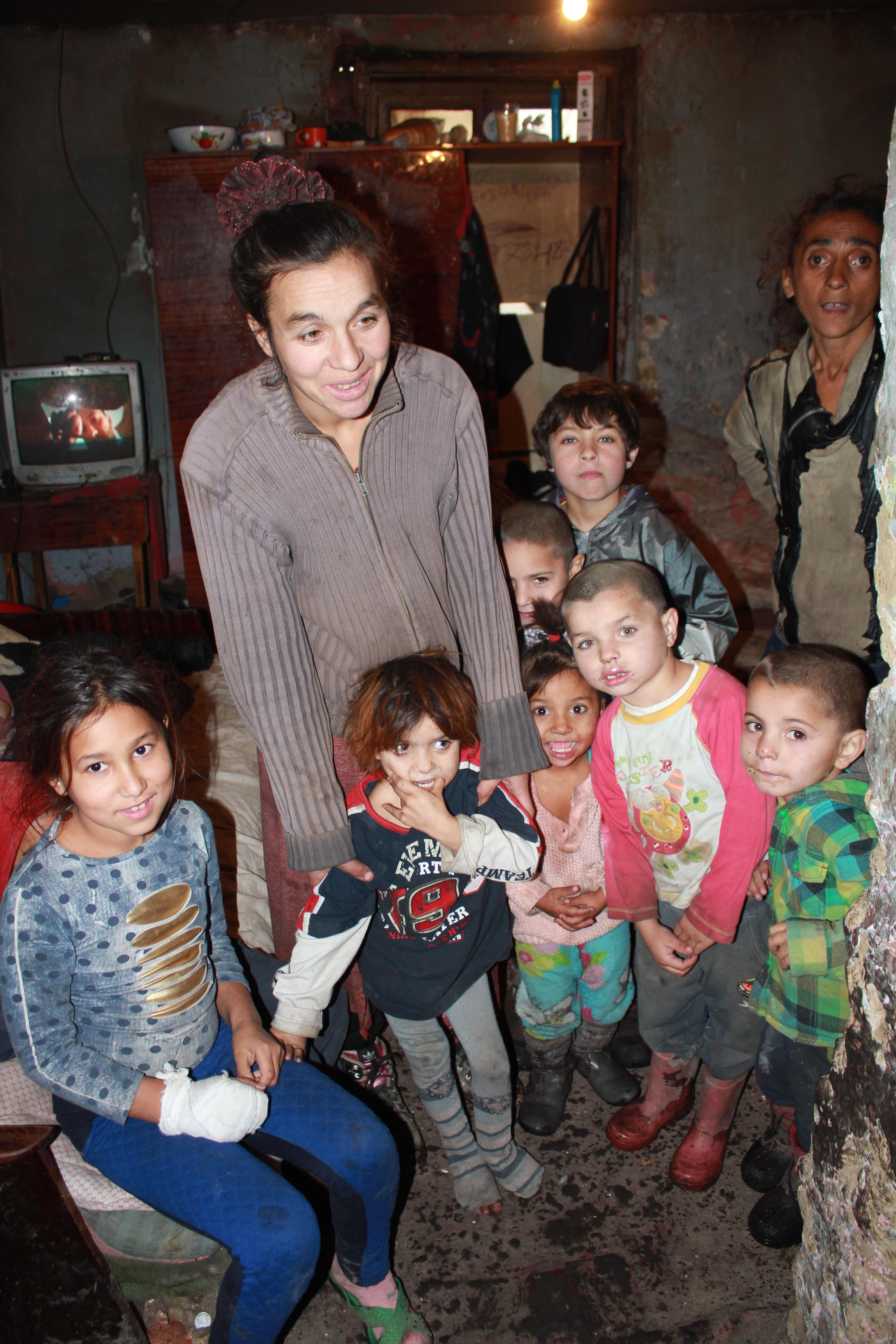 Neighbours Ildiko and Ludmilla (the two adults in the photo) were extremely concerned for the health and welfare of their children. They both live in houses with mud floors, one of their children has a physical disability that makes it difficult for her to walk and they barely have enough money to buy milk for the younger ones.