Sama Dilaut, also known as  Bajau Laut, are an ethnic group of Malay origin who traditionally live a nomadic lifestyle at sea. They are known to be affected by statelessness (read more in the previous chapter). In the last few decades many have been forced to settle permanently on land, but a dwindling number still call the ocean home, living on long boats known as lepa lepa. Traditionally, they fish with nets and lines and are expert free divers, going to improbable depths in search of pearls and sea cucumbers or to hunt with handmade spear guns. This photo story by James Morgan depicts their way of life at sea, shot off the coast of North Sulawesi, Indonesia. 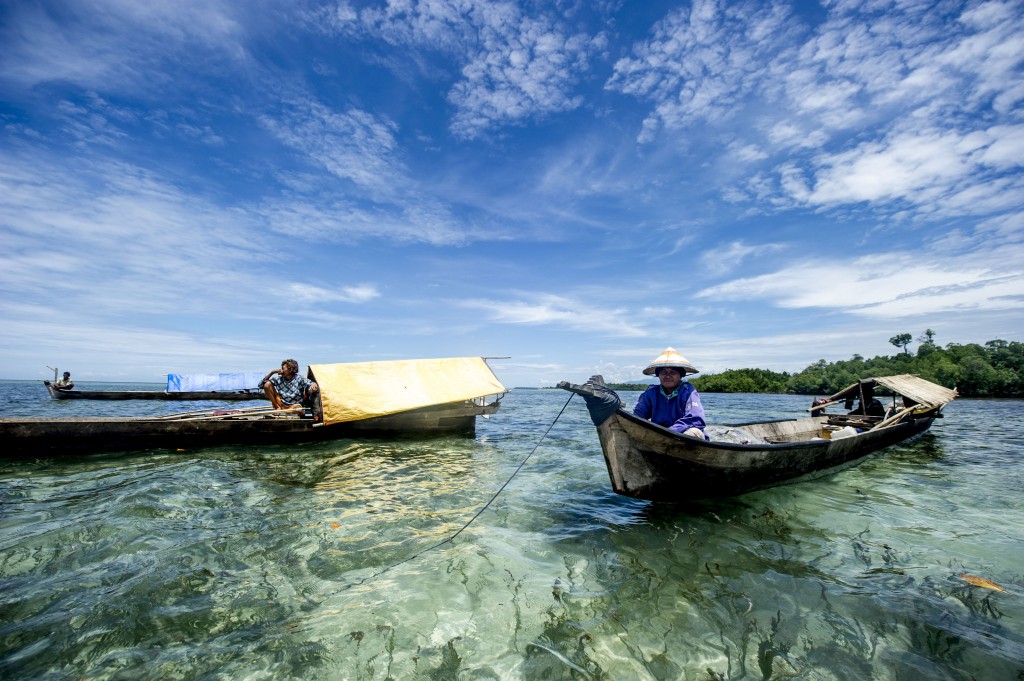 A collection of traditional, handmade Bajau lepa lepa boats off the coast of Pulau Bangko. More and more Bajau are abandoning their traditional nomadic lifestyle to settle in permanent homes in stilt villages, but a dwindling few still choose to live the majority of their lives at sea. Sulawesi, Indonesia. 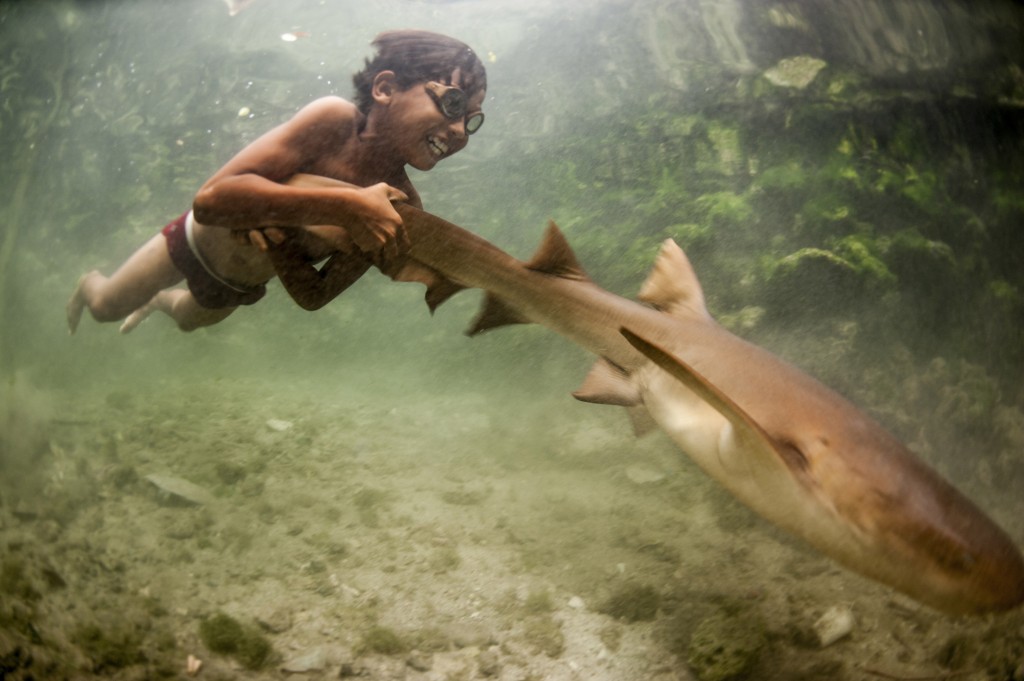 Whilst few young Bajau are now born on boats, the ocean is still very much their playground. Here Enal plays with his pet shark. Wangi Wangi, Indonesia. 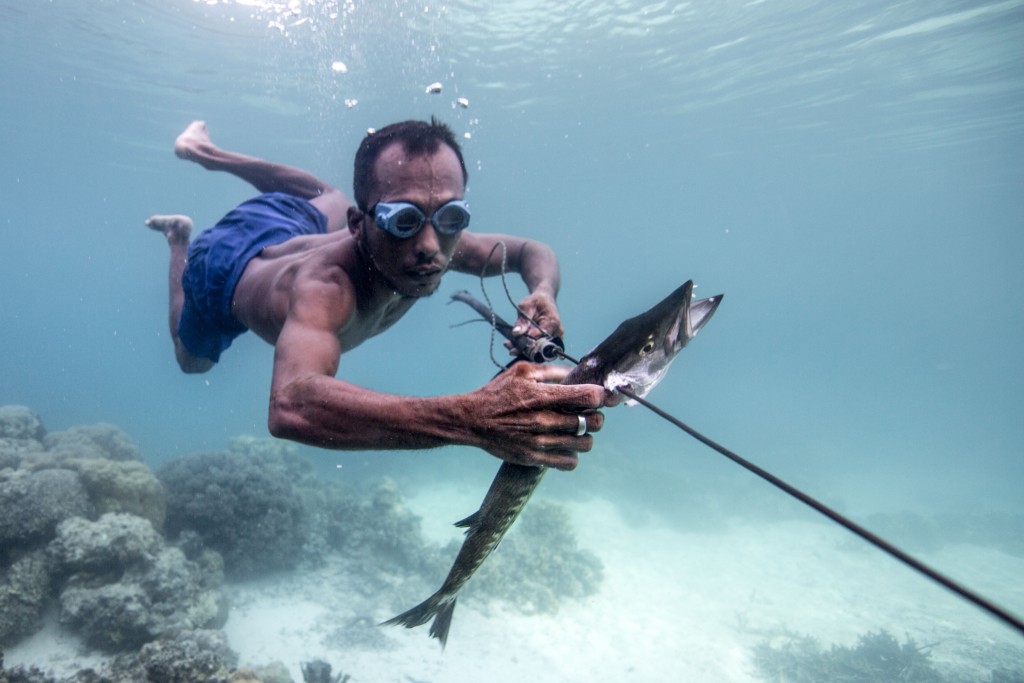 In addition to the nets and lines traditionally used for fishing, the Bajau use a handmade ‘pana’ for spearing their catch. Pulau Papan, Togian Islands. 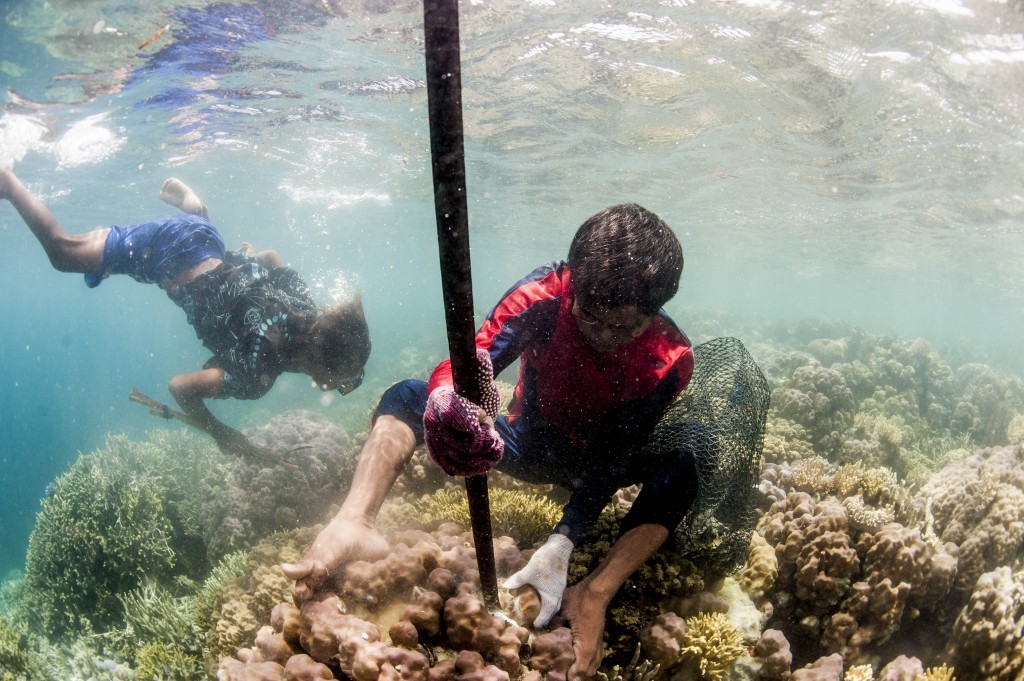 Moen Lanke wrenching clams from the reef with a tyre iron. He holds his breath for long minutes underwater while the work is done. Sulawesi, Indonesia. 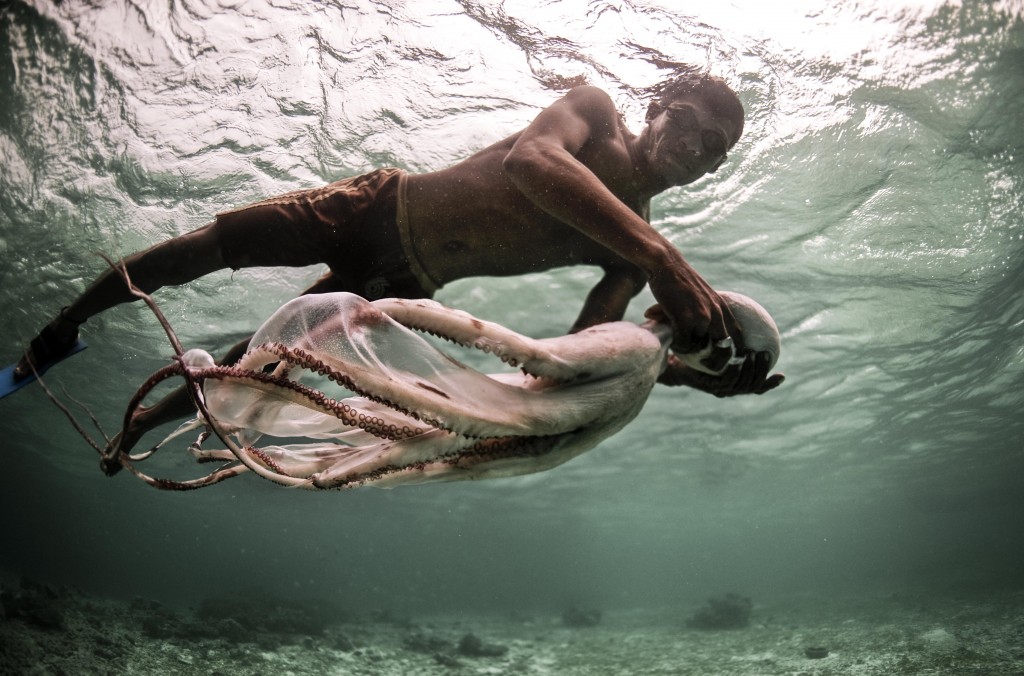 Jatmin, an octopus specialist, carries his freshly speared catch back to his boat in the shallow waters off the coast of Sulawesi, Indonesia. 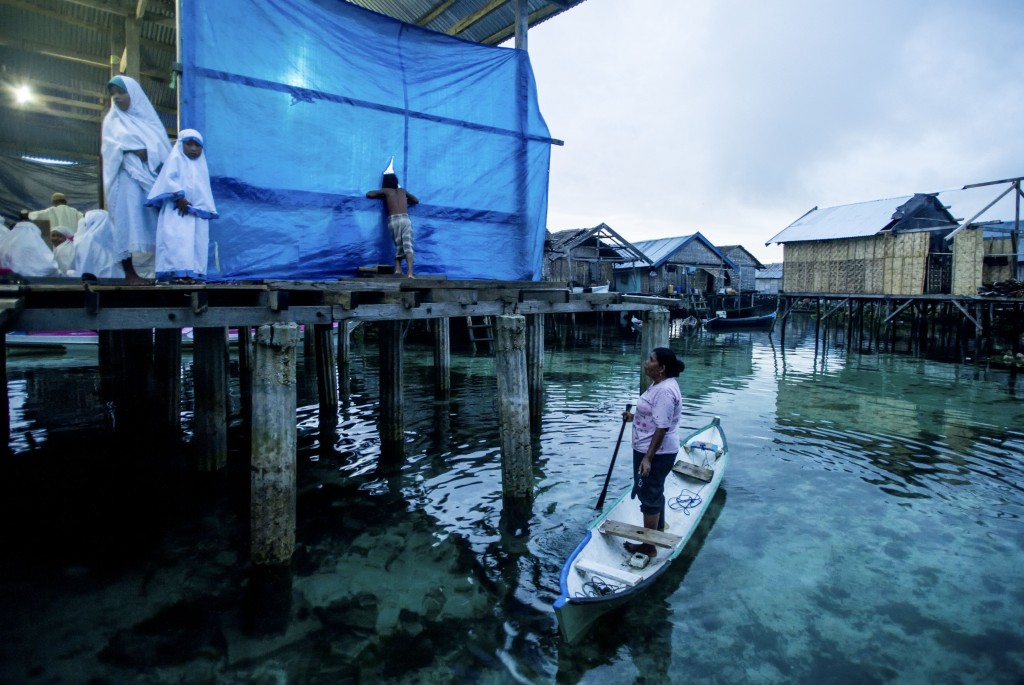 Despite the majority of Bajau now living in stilt communities and adopting cosmologies more in line with land-based communities, they still build their mosques over the ocean and practice a syncretic belief system that allows for a deep reverence for the ocean and the spirits that are said to inhabit it. Torosiaje, Indonesia. 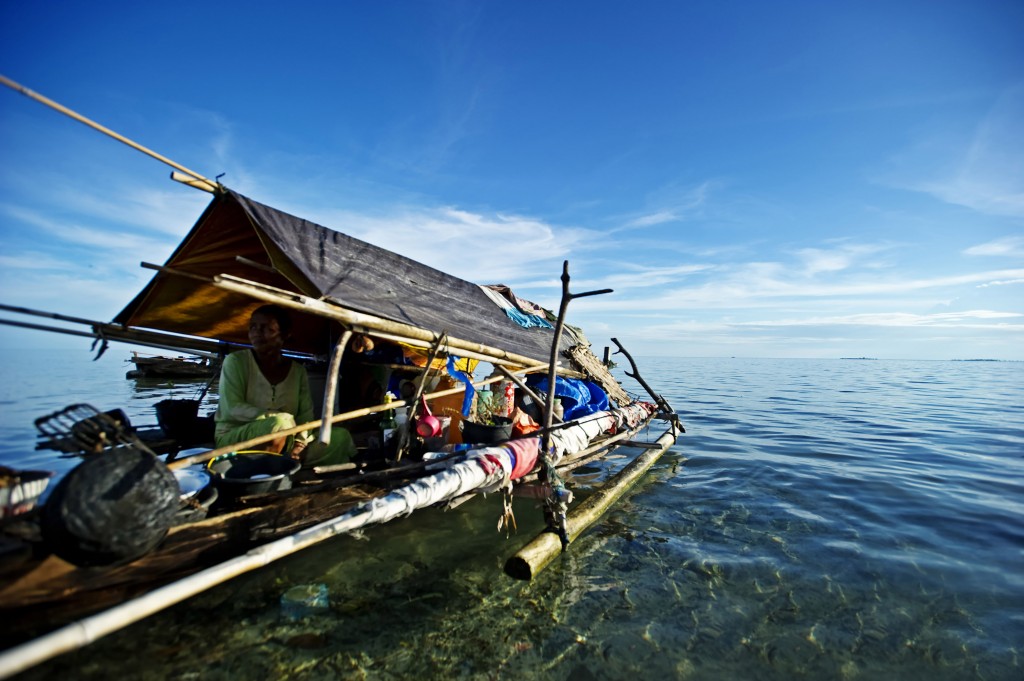