Hülya Emin, born in Komotini, smiles from behind her desk. She is the editor in chief of Gündem newspaper, a local newspaper written in Turkish, with a column in Greek. ‘Yes, there are Turkish-Greek friendships, they do exist. But in everyday life we do not live together. It is like parallel realities’, she says. 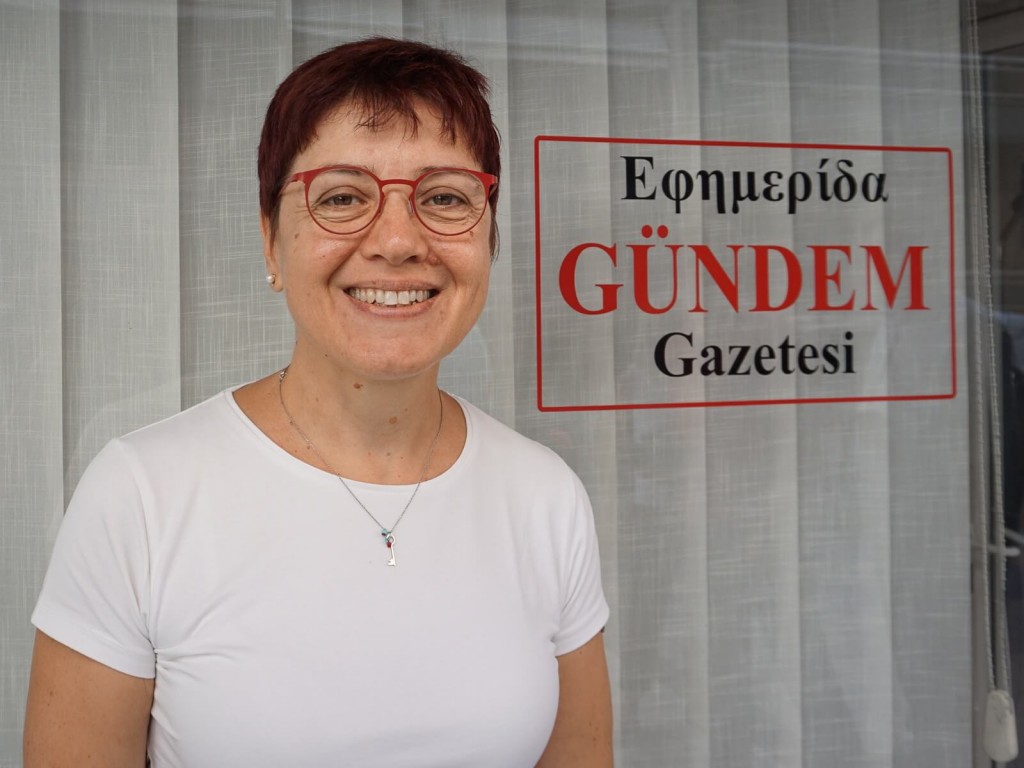 The newspaper has been published for the last 23 years, and Hülya knows a good deal about the struggles minority media outlets are facing. The authorities have put a lot of pressure in recent years on the newspaper: Hülya had to fight for permission to remain in print and in 2014 was forced to pay 50,000 Euros in fines. ‘It is my role to put people together,’ she says, ‘and I would love to report about good examples of cooperation, but it is just not happening.’

Learn more from the video interview with Hülya Emin: